In the Donetsk region announced suspected militants, who food and cigarettes stood at checkpoints 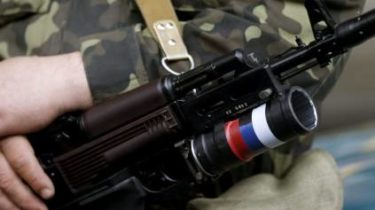 In the Donetsk region announced suspected militants, who food and cigarettes stood at checkpoints

They joined the terrorists in the spring of 2014.

In the Donetsk region identified and brought to justice four militants, who since the beginning of armed conflict in the Donbass became part of terrorist groups.

This is stated in the message of Ministry of internal Affairs.

Men began to “serve” the illegal checkpoints of militants in the spring of 2014. They are with guns, bats, or without them, inspected the cars and citizens, seeking Ukrainian symbols, which served as a pretext to take a person hostage.

“30-year-old resident of Liman district was on duty on the road at the entrance to the village, because the agitators said that the settlement is supposedly going to capture the “Bandera”. Seeing that he was deceived, the man left his post and returned to normal life. The fact that participation in gangs carefully concealed. However, even four years later, the police found evidence of his illegal activities, and now a former member of the IAF will appear before the court”, – is spoken in the message.

It is noted that all four faces from three to eight years in prison for “the creation of extralegal armed formations or participation in their activities”.

We will remind, on the independence Day of Ukraine, August 24, fighters of the Russian occupation troops 18 times violated the ceasefire regime in the Donbas. The criminals used the banned by the Minsk agreements heavy mortars and artillery.