The militants fired at the village in the Luhansk region, damaging a dwelling house 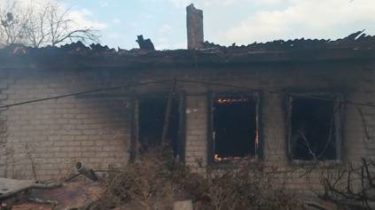 The militants fired at the village in the Luhansk region, damaging a dwelling house

The terrorists opened fire from mortars.

Militants have fired mortars at a residential house in the village Kryakovka.

About it reported in a press-service of the Lugansk regional military-civil administration.

“Last night as a result of enemy fire from 120-mm mortar damaged a house in Kryakivka Novoaydarskiy area”, – stated in the message.

According to authorities, the past days the Russian occupation troops, four times violated the ceasefire along the demarcation line.

We will remind, on Donbass on Sunday, August 26, killing two Ukrainian soldiers.

press-service of the Luhansk civil-military administration