“When government and business are moving in one direction, wins the bulk of the region”, – Deputy Chairman Nikolaev yeah 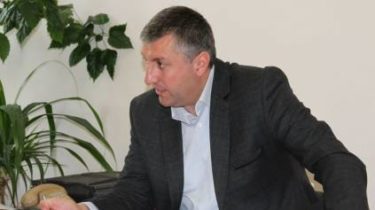 “When government and business are moving in one direction, wins the bulk of the region”, – Deputy Chairman Nikolaev yeah

The close cooperation of large businesses and the government always gives impetus to the development of local communities and the region as a whole.

This is evidenced by the ripple effect, which can already be observed in the construction of motor road T-15-08 Kalinovka-Snigirevka-Bereznegovatoye and processing plant tomatoes in the city of Snigirevka.

This was during the visit of the President of Ukraine Petro Poroshenko in Nikolaev area was declared by the Deputy Chairman of the Nikolaev regional state administration Valentin gaydarzhi.

“The President nikolayevshchina have to thank for the emergence of a powerful push for development of the region. As the availability of infrastructure, including quality roads, significantly increases the investment attractiveness of the region, we observe on the example of the snigirevsky area. The government on its part has taken steps and business thanks to the creation of new jobs and increased revenues. Many of those who do not wish deeply to understand the situation, criticized the construction of this road. But today we are already seeing real benefits. The investor, seeing that government at all levels pays attention to the development of regional infrastructure, plans to invest significantly more funds and build new capacity,” said Valentin gaydarzhi.

In addition, the Deputy Chairman of the Nikolaev regional state administration noted that the construction of the highway T-15-08 in addition to purely logistics, has allowed to solve a number of pressing socio-economic issues in several areas. According to him, business has shown that he is ready to social cooperation for the benefit of the local community. And it is possible to simultaneously gasify the number of houses in the city of Snigirevka.

“This is an example of what all should not happen in a chaotic manner, and on a clear system. The problematic issues must be addressed comprehensively, than constantly emphasizes the Chairman of regional state administration Alexey Savchenko. When government and business are moving in one direction, wins community of the region”, – said Deputy Chairman of the Nikolaev regional state administration Valentin gaydarzhi.