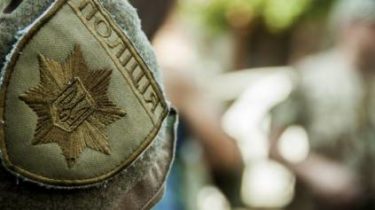 Law enforcement arrived in the capital to testify in GPU against his former boss.

In Kiev have detained the Deputy chief of the criminal investigation Department of the police of Odessa region Alexander Biava.

This is with reference to own sources writes “Ukrainian truth”.

“Arrested yesterday (27 August – approx.ed.) under article 208, when he came to the GPU. Announced the suspected disclosure of official secrets”, – said the source.

As noted in law enforcement bodies, Bayou came to testify against his former chief of Department on struggle against illegal circulation of narcotic substances Alexander Shevchenko in a long-running case.

“The former head Obrona Shevchenko is involved in the case of the Maidan, which is investigating the Prosecutor General’s office. BIow at the time worked in OBNON. When were searches Shevchenko, he found a piece of paper criminal connections, which, in the opinion of the investigation contains secret data. This paper allegedly prepared a subordinate Shevchenko Bayou. For explanation of Biowa was summoned to the GPU, to give evidence against Shevchenko”, – said the interlocutor of the edition.

At the same time, pravoohraniteli noted that the evening of 28 August Bayou will return to Odessa, where he will continue to perform their duties.

“I think after lunch it will arrive to Odessa. And the accents are placed so deliberately to exert pressure on law enforcement and Biowa to obtain the necessary evidence. And he (Biov – ed.) did not shy away, cooperates with the investigation – ed.), he is acting lawman, it wanted nobody declared that he came” – he concluded.

Currently, the Prosecutor of the police of Kiev has not commented on the case.

We will remind, earlier in to Odessa detained the ex-the customs officer, who is suspected of kidnapping the 37 containers with the arrested goods. Estimated value of the stolen 154 million UAH.