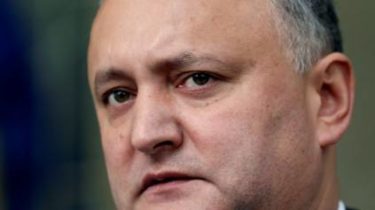 According to the Ukrainian President, he always maintained a dialogue with Moldova.

President Petro Poroshenko is ready to meet with his Moldovan counterpart Igor Dodon, if he supports the territorial integrity of Ukraine including Crimea.

He stated this during a meeting with heads of foreign diplomatic institutions of Ukraine.

“Recently the President of Moldova has declared that he is ready for dialogue. I also want to say that I have always supported this opportunity,” – said Poroshenko.

According to the President, Ukraine and Moldova have a very fruitful relationship at the intergovernmental level.

“This is a well-known Moldovan head of state, and about the expectations of the President Poroshenko, the official Kyiv absolutely clear support for the territorial integrity, independence of our country, including the Crimea. Waiting for the appropriate firm position from our neighbors,” – said Poroshenko.

Meeting with heads of foreign diplomatic institutions of Ukraine

We will note, Igor Dodon holds a strong Pro-Russian position. During the election campaign of 2016, he said that occupied Crimea is de facto Russian.

Earlier, Igor Dodon has declared readiness to dialogue and any contacts with Ukraine, at the same time in October, plans to make an official visit to Moscow.