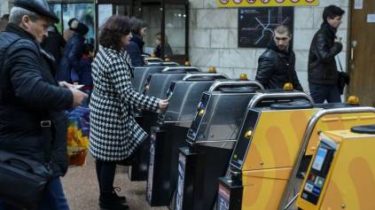 All this is due to the development of the square.

In Kiev, nearly two months will close the entrance/exit of the underpass of the metro station “Taras Shevchenko”.

It is reported by KP “Kiev underground”.

The entrance to the underpass will be closed in the direction of the street. Elenovskaya, by Chao “Kievmlyn”. It will run from 3 September to 31 October.

The reason for this step is called the square on the Mezhigorskaya street, 83, which will implement public Association “Kievzelenstroy”.

See also:
Metro to the tenants of scandal from-for participation in the tender company of Russia

Recall that bidding on the tender for the construction of the metro line on the Husbandman were suspended because of the complaint of LLC “Construction company “adamant” to the Antimonopoly Committee of Ukraine. Documentation in the ProZorro, KP “Kiev underground” has rejected an offer by adamant, citing the failure and the inadequacy of some tender documents. According to adamant, they were deprived of the right to participate in the purchase of illegal.