Militants ORDO meticulously digging through the belongings of the people upon the resumption of the movement. Militants ORDO meticulously digging through the belongings of the people upon the resumption of the movement.

Information about the state of Affairs on the border with Russia yet.

The demarcation line between the controlled and uncontrolled territories in Donbas on Saturday felt the consequences of the special regime imposed by militants in the explosion in Donetsk the leader of the militants “DNR” Alexander Zakharchenko. Checkpoints occupiers first closed, and then traffic was restored, according to a story TSN.19:30.

According to the first information from IDLO, the checkpoints were closed until September 2, to September 4, inclusive. On the morning of the first day of the month was really empty on PPC “Marinka”, “Hnutove” and “Novotroitsk”. Ukrainian border guards worked in a usual mode, but the fighters almost nobody missed the machine and the people came back. “This morning at the check-out was 16 transportnih funds that we have launched. Of them come back 10 ago. Said the other side is not allowed. 6 and missed,” explained the eldest of the change in Gnutovo Julia merchant.

The militants for the death of their leader shut down all departures from ALDO. Our checkpoints were working normally. Everyone local went through our KPVV, but most of the lunch back. 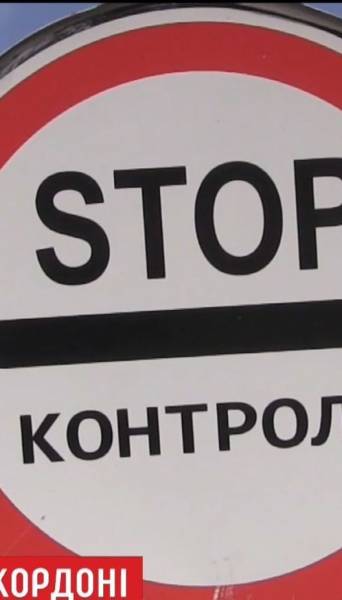 Just after lunch on the opposite side on the territory controlled by Ukraine drove the car and went to the people. “About 12:00 they began to arrive a single machine on the other side. Citizens were told that began to miss badly, but from doing things and machines”, – said the press officer of Donetsk border detachment Valeria, Karpilenko.

See also:
In “DNR” raised the alarm of militants and closed the border with Russia

The pensioner Sergey Savka told that people in the form of “DNR” have not explained why and for what period of time closed the passage. “He said that there will be delay for two days, but opened the border,” he said. Despite the fact that the fighters opened the checkpoints, people have not yet become more as a part of still thinks that everything is closed, others do not dare now to cross the border ORDO because the militants very angry and meticulously inspect and sometimes confiscate things.