The militants claim to know the initiators of undermining Zakharchenko 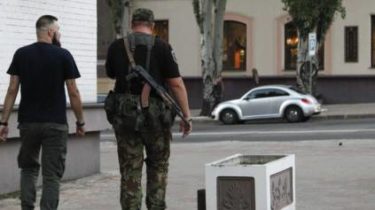 The militants claim to know the initiators of undermining Zakharchenko

The explosion in the restaurant, during which was killed the head of the militants “DNR” Alexander Zakharchenko, according to his adviser Alexander Kazakov, organized special operations Forces of Ukraine.

“We already know the initiator is special operations Forces. Most likely, we will be able soon to call the supervisor and officer who is in charge of this structure, ” – said Kozak.

He added that the relevant testimony given by the detainees.

Recall, the 42-year-old Zakharchenko was fatally wounded after an explosion in a cafe “Separable” in Donetsk. It happened at the Wake of the Russian singer Joseph Kobzon. According to preliminary data, the explosive device was laid in one of the lighting – a chandelier or a floor lamp.

According to the Russian media, the detainees in this case were admitted to the explosion involved the Ukraine. How many people were arrested, is still unknown.

Zakharchenko was the leader of the militants “DNR” from November 2014.