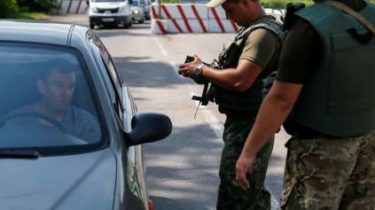 Once opened, the number of jobs at KPVV will increase.

In the Donbass for the renovations had closed the checkpoint of entry-departure “Stanitsa Lugansk”.

This was agreed by the members of trilateral contact group in Minsk, reports “112 Ukraine”.

“The closure of the checkpoint is connected with the installation of temporary structures, connecting them to electricity, water and sanitation. We ask the citizens to treat with understanding to temporary inconveniences, because after the reconstruction of PPC will be more comfortable to cross”, – stated in the message.

It is noted that the checkpoint will run until 7 September. And the number of jobs after repair will grow to 40 units.

We will remind, on Saturday, September 1, KPVV Donetsk region citizens ‘ movement happened only in the direction of the temporarily occupied territory, in the opposite direction the movement of persons and vehicles were absent.