In Kiev, the lawyer tried to bribe the judge offered 570 thousand UAH 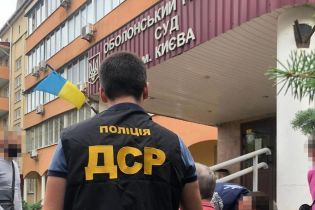 The defender wanted to “buy” a court decision in favor of his client.

In Kiev, the security forces arrested a lawyer immediately upon receipt of the funds for onward transmission to the judge of Obolonskyi district court.

It is established that the lawyer encouraged the representative of his client to give a bribe to the employee of the Metropolitan court.

“Over 570 thousand UAH, the lawyer promised that private enterprise will be obliged to pay to the customer, 7 million hryvnia. However, the attacker did not intend to convey to the judge, and wanted to seize it,” – said in the message.

The Prosecutor already addressed in court with the petition for election of a suspect measure of restraint in form of detention with the alternative of making a Deposit in the amount of 570 thousand.

We will remind, in Kiev caught the head of the office of the military enlistment office on a bribe for a certificate of unfitness for duty.