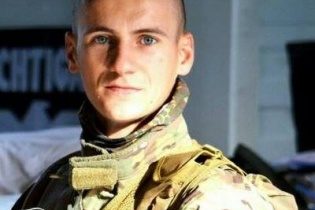 Sunday, October 2, in the area ATO killed an officer of the 93rd mechanized brigade Miroslav Misla.

About this on his page in Facebook said the leader of “Svoboda” Oleg Tyagnibok.

According to him, the 24-year-old Misla died near the Crimean in the Luhansk region.

See also: In the industrial area of Avdeyevka in the battle killed Ukrainian military

Miroslav Misla was a member of “Freedom”, lived in Kharkov. He graduated from the historical faculty of V. N. Karazin Kharkiv national University. After the war, wanted to work in education – to teach children history.