Fighters from artillery fired at Shyrokyne 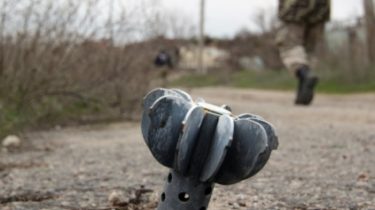 Fighters from artillery fired at Shyrokyne

Mariupol direction remains the hottest in the ATO zone.

The Mariupol direction is the most hot in the area of the ATO militants and eight times here broke the silence. In addition Shirokino under enemy fire was Marinka, Granite and Pavlopol. The terrorists fired machine guns, rocket-propelled grenades and small arms.

See also: Undiluted Stanitsa Lugansk: why fighters don’t want to withdraw its forces in the Donbas

Earlier it was reported that the defense Ministry confirmed the postponement of the withdrawal of forces and means in the area of Stanytsia Luhanska. As explained in the Department, such decision was accepted in connection with the systematic violation of the “regime of silence on the part of the enemy and the failure of the militants of the “Framework decision of the Trilateral contact group about the breeding of forces and means”.