In Kiev in the yard of a private house explosion 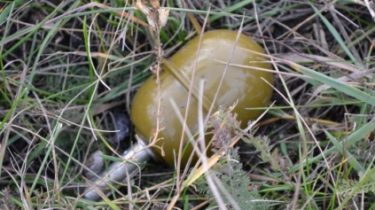 In Kiev in the yard of a private house explosion

In Kiev at troyeschina unknown detonated a grenade near a private house.

“Today at 3:40 night of the Kiev police received information about the explosion on the territory of a private farmstead in the village Troyeshchyna, in the Desnyanskiy district of the capital”, – stated in the message.

According to preliminary data, exploded grenade f-1, the experts withdrew from the scene, the remnants of ammunition and sent them for examination.

As noted, the explosion was damaged by shrapnel in the courtyard parked the car, at the same time, there were no casualties.

Now militiamen establish circumstances and causes of the incident, initiated criminal proceedings for hooliganism, is under investigation. Law enforcers are searching for the persons involved in the Commission of a crime.

We will remind, earlier the capital on Pechersk bombings near the restaurant. At the scene found the grenade.