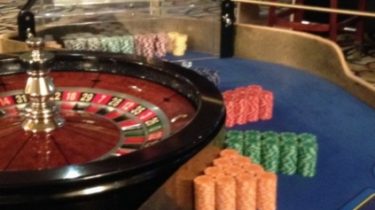 In a casino, the police seized more than 11 thousand dollars and more than 50 thousand hryvnias.

In the center of Kiev security Service specialists of Ukraine exposed the underground casino.

The Ministry noted that the illegal gambling establishment was located on the fourth floor of one of the largest shopping centers in the Shevchenko district of the capital.

“To get to the casino and could only clients who entered into the appropriate database after an additional call to the administrator. In the case of law enforcement, the school was equipped with a hidden exit, disguised as a large mirror that opened with a remote control,” – said in the message.

“In the casino, the police seized more than eleven thousand dollars and over fifty thousand. Information from computers on the exchange of cash for chips and a “black budget” shows that the profit of dealers daily, amounting to several hundred thousand hryvnias”, – added in SBU.

In this regard, criminal proceedings were opened. Now continue pressing operational investigative actions.

We will remind, on August 13, in Vinnytsia law enforcement officers stopped the activities of seven agencies that provided services to illegal gambling. It is noted that the institution worked under the guise of state lotteries.