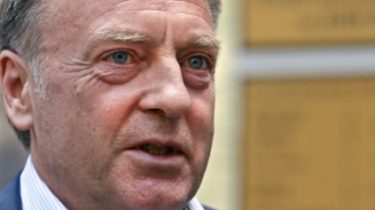 The ex-Minister of justice ready to give an explanation regarding the cooperation with the Scadden company, to say nothing of the scandalous Manafort.

The ex-Minister of justice Oleksandr Lavrynovych ready to help US in the investigation of corruption schemes, which may be involved in the ex-the adviser to Viktor Yanukovych by Paul Manafort.

This is stated in a letter to Lavrynovych to the US attorney General Loretta Lynch, who announced the “Ukrainian news”.

“Given the great public importance of these events, as a former Minister of justice and as a citizen would like to contribute an impartial investigation,” wrote the ex-Minister.

According to Lavrynovych, according to the Deputy from BPP Sergey Leshchenko, Manafort participated in the preparation of the report of an American law firm Scadden, Arps, Slate, and others in the case of ex-Prime Minister Yulia Tymoshenko.

“Regarding Scadden in Ukraine the criminal proceedings are opened. Specialists Scadden conducted a comparative analysis of the criminal law of the USA, the EU and Ukraine in the context of the trial of Yulia Tymoshenko. Under the terms of the contract from 11 March 2013, any political influence or interference in the performance of the company has been deleted”, – added ex-the Minister, Recalling that he was the head of the Ministry of justice, when with the Scadden company was a contract for the provision of legal services.

Also Lavrynovych has assured that the report was prepared on a high professional level and became the first comprehensive comparative work in the field of criminal law of Ukraine. 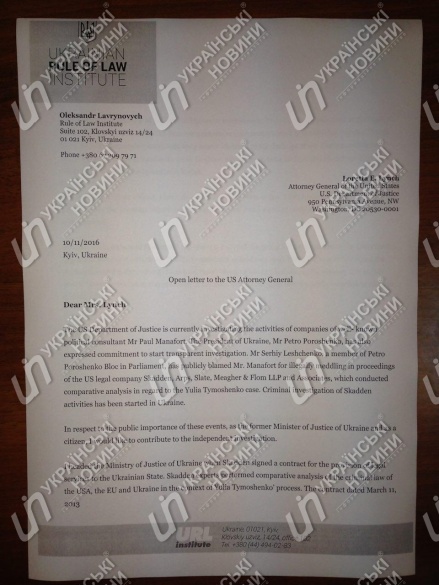 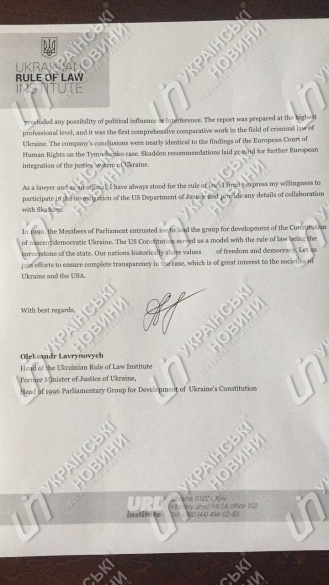 Recall, the light on the activities of Manafort in Ukraine spilled edition of the New York Times. So, at the beginning of August, it had published material which focuses on the role of Manafort in Ukrainian politics during the reign of Yanukovych and after flight ex-the President. In particular, it was noted that the head of the electoral headquarters of the trump worked with Akhmetov, Firtash and Levochkin and created the “opposition bloc”.

In addition, the New York Times reported that former adviser to Viktor Yanukovych by Paul Manafort could get 12.7 million dollars over 2007-2012 of hidden cash “Party of regions”. At the same time, Manafort denied receiving any money.

In August, the Department of special investigations of the General Prosecutor’s office of Ukraine finished investigation in criminal proceedings on suspicion of the former Minister of justice of the government of Azarov, Oleksandr Lavrynovych, his Deputy and the chief accountant of the Ministry of justice in the Commission of embezzlement of budget funds totaling UAH 8.5 million (then $ 1.1 million. USA). According to prosecutors, the Agency wrongly and illegally bought the services of the law firm Skadden, Arps, Slate, Meagher & Flom and Affiliates LLР under the guise of the need to obtain legal assistance in preparing for the consideration of the case “Tymoshenko V. Ukraine” the European court of human rights, but in fact with the purpose of concealing the facts of criminal violations of the law during the trial of the former Prime Minister. In turn, Alexander Lavrinovich insists that the law is not broken.