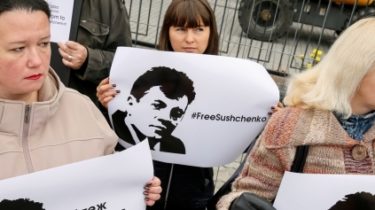 The detention of the journalist Roman Sushchenko Moscow was a planned special operation. This was told by his lawyer, mark Feygin, says TSN.12:00.

According to the lawyer, the chances of the release of Ukrainian there. Most real defender names the exchange process. And says that this question will raise.

Previously to Sushchenko in a Moscow prison finally allowed Ukrainian Consul. After it became known that the journalist in the detention facility had a psychological pressure.

Contain a prisoner in a double cell together with a neighbor and allow you to watch Russian TV. The first day he was not fed and not given even water. For the week of captivity, he lost six pounds.