Ukraine plans to withdraw from some of the unnecessary CIS agreements 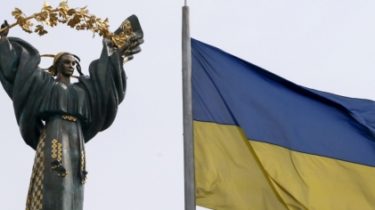 Ukraine plans to withdraw from some of the unnecessary CIS agreements

The current will be only those transactions that “will work in Ukraine.”

Ukraine plans with minimal losses for the Ukrainians to get out of the range of agreements within the CIS, which are necessary to the Ukrainian state.

This was stated by Director of the political Department of the Ministry of foreign Affairs of Ukraine Alexei Makeyev, writes UKRINFORM.

“Our efforts are now directed to worthy, but with minimal losses for Ukrainian citizens to get out of those deals, and maybe keep the mechanisms needed, such as on pensions”, – he said.

The current will be only those transactions that “will work in Ukraine.”

Read also: foreign Ministry made a harsh statement about the action of CIS structures that are blocking the work of Ukraine

Recall that Ukraine is studying the issue of withdrawal from the Commonwealth of independent States.

The master of the Kremlin has sent in the Duma the bill which offers Armenia, Belarus, Tajikistan, Kazakhstan and Kyrgyzstan to abandon mutual payments in foreign currency and in fact to create a single financial market. Now in the American and European money is doing half the calculations between the countries of the Eurasian economic Union. As to Putin’s proposal took the remaining CIS countries – is still unknown.