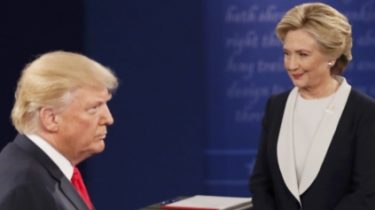 The country is surrounded by Russian troops, but inside it is riven by corruption.

From many forgotten foreign pots and pans that are waiting on the stove next US President, one with the name “Ukraine” may soon boil over. The problems of the country – this generous soup of bribery, theft, official corruption, and even murder – and nothing really is as it seems at first glance.

This writes mark Pfeifle in the article “Ukraine will become a big problem for the next President of the United States” published in the online edition of Foreign Policy.

Ukraine has disappeared from the American national consciousness because the other is a more recent and much more spectacular failures in foreign policy – Syria, Libya and Islamic state has suppressed the ability of Americans to perceive.

Most Americans have forgotten about Russia’s invasion of Crimea in 2014, and at least one of the candidates for U.S. President appears ready to forgive her completely. However, Crimea is still occupied by the Russians, Pro-Russian rebels backed by Russian military control most of the two Eastern regions of the country: Donetsk and Luhansk.

See also: trump explained his words about the possibility of recognition of Russian Crimea

Along the border of Ukraine Russia deploys a massive military force that will be able to invade by 2018. The ongoing fighting in the Donbass keep Ukrainian society and undermine people’s confidence in government.

And then there’s corruption, incredibly systematic and widespread corruption, which the Obama administration has called one of the main threats for the Ukrainian state. Corruption is difficult to fight at the best of times, and while the Russian military intervention and pervasive subversive activities under the auspices of the Kremlin, the mission seems impossible.

However, the Obama administration, especially Joe Biden stressed the importance of combating corruption, although her reaction to Putin’s aggression was almost indifferent. President Barack Obama prefers a careful combination of economic sanctions against Russia and economic support for the Ukrainian government in Kiev.

A delicate carrot-and-stick that uses Obama, did not work, and the long-simmering Ukrainian cauldron threatens to become the worst crisis in relations between Moscow and Washington since the cold war.

He explained that “get out” of sanctions against Moscow at the moment want at least 5 European countries. Therefore, Ukraine should actively carry out economic and political reforms to give the EU reason to be dissatisfied with the actions of official Kiev. With such statement the Vice-President of the United States spoke the day after the meeting with the President of Ukraine.

Despite all the efforts of the West since gaining its independence from the former Soviet Union in 1991, Ukraine is a kleptocracy. Her political history is something like a permanent escort of prisoners: one elected leader was expelled from the country as a result of a popular uprising, another suspect in the murder, and the third is considered responsible for the weakened institutions and a missed opportunity.

The optimism after the street demonstrations of the “Euromaidan” in 2013-2014 was short-lived. Prime Minister Arseniy Yatsenyuk in April was forced to resign amid a continuing political crisis and high-profile allegations of corruption.

Russia provoked the war killed thousands of Ukrainians and forced to flee a million people. But the question that is most urgent – the war against Pro-Russian rebels, or the war against corruption – the Ukrainians respond that fighting corruption is more important, by a margin of more than two to one.

The so-called “the Panama papers” – a leak of millions of documents by the Panamanian law firm “Mossack Fonseca” in April last year – also proved that President Petro Poroshenko was recorded offshore accounts, even when his own troops retreated after one of the bloodiest defeats in the war.

According to Forbes, Poroshenko is the richest leader in Europe, and despite the fact that he promised to “introduce a new tradition” and sell their assets, he hadn’t sold. In fact, he was the only among the wealthy businessmen of Ukraine, the net value of assets of which in 2015 increased to $ 858 million As his predecessor Viktor Yanukovych, he wiped a thin line that once existed between business and politics in Ukraine, and he makes a profit, even when the country is experiencing the worst economic and political crisis since independence in 1991.

Who is of Ukrainian businessmen and politicians to own offshore companies

The scandal with the documents of a Panama company Mossak Fonseca has received a new round. Among Ukrainians, who are in the offshore list is the brother of businessman Rinat Akhmetov, Igor, ex-Deputy of the Party of regions Borys Kolesnikov and the son of former Prime Minister Azarov – Alexei. Among the names of many current politicians, so in the Verkhovna Rada again need to investigate their involvement in the offshore and create a temporary investigative Commission.

Perhaps the most depressing in this situation is that even those Ukrainian activists, politicians and journalists, who represent the true reformers, it seems, could not resist the temptation and joined the systematic looting of the Ukrainian economy.

In early September, the New Yorker magazine devoted several thousand words of three civilian journalists who now serve in the Ukrainian Parliament. Like other Western media, the New Yorker was represented by Sergey Leshchenko, Svetlana Zalishchuk and Moustapha Nayem as dedicated journalists who have sought to be elected to the Parliament in the composition of the block of the President Poroshenko after the street protests on the Maidan, who Hire helped organize.

Now, however, after the acquisition of gentrification (after the elections), Leshchenko drew the attention of the National anticorruption Bureau of Ukraine (NABU), the investigative authority, which was created at the insistence of the United States. Last week, the NEB transferred the case Leshchenko in a special Department of the Prosecutor’s office, which deals with the fight against corruption. Leshchenko could not explain the origin of the income, which enabled him to purchase property, the loan documents do not exist, and the purchase price was allegedly below the market.

According to Ukrainian media, the owner of the building, Ivan Fursin, a partner at mega-oligarch Dmitry Firtash.

See also: NAPC start checking about the purchase of the apartment Leshchenko

Recent reports showed that the costs Leshchenko participation in international forums was paid for by oligarch Viktor Pinchuk, who also contributed $ 8.6 million to the Clinton Foundation. Although Leshchenko remains the darling of the Western media and think tanks of Washington, when he returned home, his fellow-reformers in Parliament called on him to resign until his name is cleared.

Meanwhile, the next US President will discover that Ukraine is under siege from all sides. Russian troops and Pro-Russian rebels ready to grab it, corruption destroys the country from within and as the scandal Leshchenko, not everything in Ukraine is as it seems.

The new US President must learn to distinguish between true reformers of Ukraine and those who commit anti-corruption Crusades in a profitable business, and to be able to distinguish real actions from empty words.

If he can’t, the 25-year-old Ukrainian experiment with independence could get completely out of control.