Mochanov ready to apologize to Putin “the first billion” 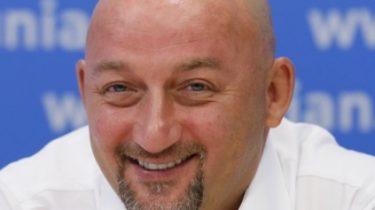 Mochanov ready to apologize to Putin “the first billion”

The outcome of the situation, the parties are considered more critical and responsible attitude to information.

Famous racer and volunteer Alex Mochanov ready to apologize to the ex-Prime Minister Arseniy Yatsenyuk for the post of wealth official. A year ago in the television broadcast, the man said that the then official celebrated his first billion, according to a story TSN.19:30.

Then the driver referred to people from the environment Yatsenyuk, but Mochanov sorry that he is spreading lies. Moreover, the volunteer encourages everyone to take responsibility for the alleged sensational data, because they could certainly use enemy propaganda. “I’ll decide Yatsenyuk their questions in person. Apologize, shake hands. Because I repeatedly got in a situation when you are slandered. I really feel bad for the fact that I voiced it all,” admitted Mochanov.

In a press-service of the former Prime Minister expressed the hope that someday society will learn to be critical of such a “stuffing” of information. “The essence of the situation is that the story of the mythical billion struck not just by the then Prime Minister. She has hit the government as a whole. The authorities have historically not love, she often was a stranger to the Ukrainians. And we find it hard to believe that it might be otherwise. Therefore, critical thinking is now the key to survival,” explained there.

A year ago in television broadcast Mochanov said that the then Prime Minister Arseny Yatseniuk, celebrated his first billion. Then the driver referred to people from the environment Yatsenyuk. Now Mochanov admits that he regrets that spread lies. Moreover, the volunteer encourages everyone to take responsibility for the alleged sensational data.