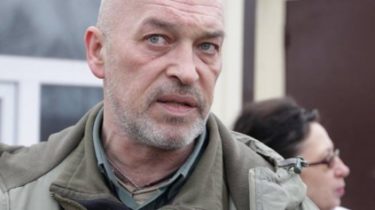 According to him, Gold, the withdrawal of forces has already taken place, in the Village of Lugansk must begin today.

The Deputy Minister of the temporarily occupied territories of Georgiy Tuk has denied the information about the failure of the breeding of the parties in the Village Lugansk.

“As for the Village. No decision on the termination of breeding does not exist. Not yet the term, which was defined”, – he stressed.

Also Tuck has denied fears that the breeding forces of Ukraine may take the Village of the Luhansk.

“Relative to the coordinates. We are talking about what our side will be displaced a short distance in the direction of the village, one observation point, and from terrorists that checkpoint, which they, according to the agreements established on the river Bank, which controls the Central government. About any surrender of the Village of the Luhansk Central government is not,” said Tooke.

According to him, the Gold of the withdrawal of forces has already taken place.

“In the morning spoke with our relative Gold and Luhansk. So. Gold. In the Golden calm of attacks was not. The withdrawal occurred clearly at a distance, which is due to the coordinates defined on the maps – 15 meters! Guards, sneaks, MES-ship and officers working as usual. KPVV, unfortunately, still does not work – there is no positive decision from the opposite side,” – said in message on his Facebook.

On the Village Lugansk, he noted that the withdrawal should begin today.

“We are talking about the transfer (according to cards) one observation post on our side and the reference point from terrorists. The situation in the Village is calm, attacks were not. Will there be implementation – we’ll see. We’re all ready. Or adhere to agreements opposite, time will tell. Once again I appeal to stanica: no “infidelity” will not! No need to worry and succumb to speculative applications!”, – added Fat.

Recall that 9 October, the head of the Luhansk military-civil administration Yury Garbuz said that is scheduled for 9 October, the withdrawal of troops and equipment near the village of Luhansk will not take place.

According to him, the decision was made through numerous attacks by militants that do not adhere to the Minsk agreements. In turn, the militants have declared that “are ready”.