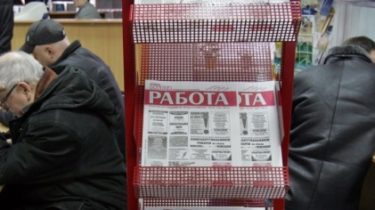 In the labour market in the autumn increased the number of vacancies.

Autumn on the Ukrainian labor market has increased the number of vacancies. Traditionally – working professions in the construction sector.

Recruiting companies predict that the trend will continue, and call for two reasons. The first – to-medium businesses (from a few hundreds to 1-2 thousand. employees) saw stability and began to develop. Second – after the crisis of 2013-2014 in Ukraine there was a slight investment, primarily in food and light industry, agrarian sector. About it writes “Today”.

Vacancies in media, science and education and for those who are just starting out. Leaders in the number of vacancies IT-field, marketing and advertising, became more proposals for administrative and operating (plumbers, machinists, etc). Although there is fixed a small drop the proposals.

“Leaders in the growth of vacancies continuing to be work profession and construction. This is not a seasonal trend and continued the positive trend associated with the General development of the labour market after the crisis. The trend of the season: in the top 10 there were vacancies for students,” says HR expert Tatyana Pashkina.

See also: Groisman about “honest budget”: where will the money, who will increase salaries and give free medicines

In the regions most job offers in Central and Western Ukraine. In Cherkasy, Volyn, Poltava, Khmelnytskyi and Zakarpattia oblasts the number of jobs increased almost twice in comparison with January, and this trend will continue.

New jobs appear due to the point investment for foreign companies: for example, under the city’s recently opened branch of the Japanese company for the production of car seats, Khmelnytskyi and Cherkasy expand the shop, making clothes. The wages of seamstresses 5-7 thousand UAH, but it is three times-four times less than paying for the same work in Poland.

But in the coastal regions will continue to decline in the demand for workers, after all, ended the holiday season. Also reduced the number of proposals for Bank employees is due to the reduction of the network banks and the elimination of the financial institutions themselves. At the same time developing pharmacy chains, and in regions of inexpensive food.

In addition, experts predict that salaries in Ukraine will grow after the introduction of a visa-free regime with the EU. During the year – $ 100 or more. Thus employers will encourage skilled workers to stay in Ukraine and not go to work abroad, primarily in neighbouring Poland and Hungary.

“Employers in the Western regions have already felt this trend. According to them, now they are forced to raise wages as a laborer on the construction of up to five thousand hryvnia, because even the supporters started to quit and go to work in Poland, and find new failed. Of course, do not give everything, but only those where there will be labor shortages. It is primarily light industry and construction, both hard workers, and engineers, technologists,” says Tatyana Pashkina.

The independent expert of the labour market Yury Polishchuk said that labor migration is unlikely to be widespread, and thus will not lead to a large increase in earnings in Ukraine:

“But in regions where salaries will rise, will rise and prices will hurt government employees and pensioners”.

What salaries are paid to students and how to combine work with study, read on Dnia this link.