Wounded and shell-shocked. How was the day in the area ATO 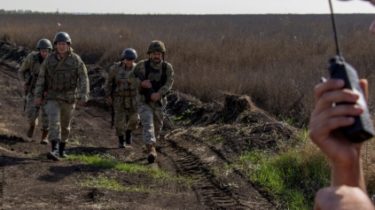 Wounded and shell-shocked. How was the day in the area ATO

Over the past day, no one died in the military.

Over the past day in the area of the ATO’t lost any one soldier, however, injuring four soldiers. Two more got a concussion. This was at the briefing said the speaker of the Ministry of defense of Ukraine on ATO Alexander Motuzyanik, UNIAN reports.

“In days past, the fighting no Ukrainian military were killed, but four of our fighters were wounded. In addition, two soldiers were shell-shocked. Now all the wounded soldiers are in hospital, their condition is satisfactory,” he said.

At the same time over the past day, three militants were injured, Motuzyanik said, referring to the Main intelligence Directorate of the Ministry of defence.

We will remind, for the last day militants are 38 times opened fire on positions of Ukrainian military.