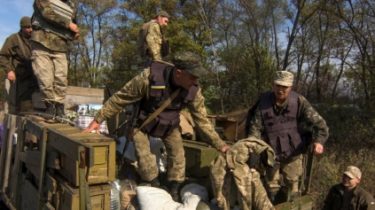 In Sverdlovsk must arrive 8 tanks, 10 wagons of ammunition (400 tons) and spare parts for the BMP.

Command of the armed forces of the Russian Federation continues to supply weapons and military equipment, material-technical means for ensuring subordinate units and parts 1, 2 AK from the territory of Russia in Sverdlovsk and Ilovaysk. This is stated in the message of the Main intelligence Directorate of the Ministry of defense of Ukraine in Facebook.

We will remind, for the past day militants are 38 times opened fire on positions of Ukrainian military.