In Kiev have exposed a gang that manufactured counterfeit alcohol 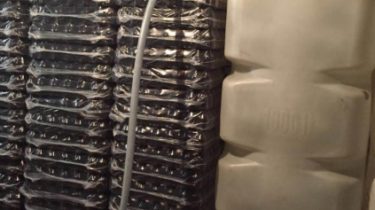 In Kiev have exposed a gang that manufactured counterfeit alcohol

Criminals it is reported about suspicion.

In Kiev the Prosecutor’s office and security Service of Ukraine exposed the four local residents who set up a clandestine workshop for the production of counterfeit medical alcohol.

During searches in warehouses on the territory of Svjatoshinsky district militiamen found and withdrew the equipment for the production of counterfeit drugs, as well as approximately 2 tons of water-alcohol mixture.

Currently criminals it is reported about suspicion under part 2 of article 321-1 of the criminal code (production of counterfeit medicines). The organizer of criminal group are detained.

The sanction of article prescribes punishment in the form of imprisonment for the term from 5 till 8 years with confiscation of property. Investigative actions in criminal proceedings are continuing.