Putin responded to calls Johnson’s “boycott” of the Russian Federation 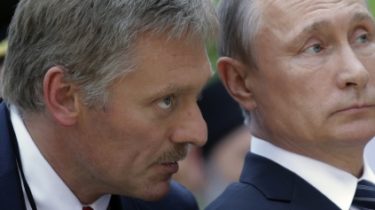 Putin responded to calls Johnson’s “boycott” of the Russian Federation

On the eve Minister of foreign Affairs of great Britain has urged to impose additional sanctions against Russia and to organize protest actions under their embassies.

London is obliged to ensure the safety of Russian diplomatic institutions.

This was said by press Secretary of the President Dmitry Peskov, the Minister for foreign Affairs of Britain Boris Johnson, according to RBC.

See also: Ukraine is a victim of unacceptable aggression, Britain will put pressure on Russia – Johnson

“My colleague Zakharov [Maria Zakharova, a spokesman for the Russian foreign Ministry] has precisely answered the Minister for foreign Affairs of great Britain. I would just like to add that the Minister is well aware of the Vienna Convention and on the duties of great Britain to be responsible for the security of the Russian dipuchrezhdeny on its territory”, — said Peskov.

We will remind, on Tuesday, June 11, foreign Minister of Britain , Boris Johnson has called for anti-war groups to protest at the embassies of the Russian Federation. Johnson noted that Russia risks becoming a pariah if you don’t stop bombing in Syria. The Minister also urged other countries to impose additional sanctions against Russia.