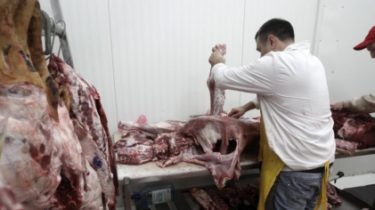 The ban imposed after the outbreak of the disease in the South of Odessa region.

Romania has banned the import of pork from Ukraine due to the outbreak of African swine fever in the South of Odessa region.

This was stated by the Minister of agriculture of Romania Achim Irimescu, reports Ukrainian Information Service.

According to him, the virus is easily transferred and it is stable, and its traces can be detected even in the sausage. The Minister admitted that the ban on the import of Ukrainian pork does not guarantee that the African plague will not fall in Romania.

See also: the Rosselkhoznadzor has banned the import of Ukrainian pork

“The virus can enter in two ways: transported by citizens in products that contain meat of infected pigs and wild boars using. Unfortunately, the propagation path through wild boar is about 70% of the risk,” — said Achim Irimescu.

The Minister added that if the disease reaches the territory of Romania, the country’s economy will suffer losses of millions of euros.

In early September the ban on the import of pork from Ukraine entered Armenia. Earlier, in August, became aware of the outbreaks of African swine fever in Volyn and the Rovno region.