Russia downgraded the Outlook for its economy 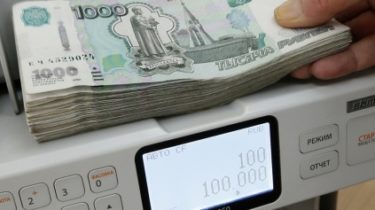 Russia downgraded the Outlook for its economy

The Russian government has updated its forecasts for the economy for the next three years and worsened performance.

The previous forecast predicted a growth of the Russian economy in 2017 by 0.6%. The updated forecast is close to zero – only plus 0.2%. About this “Vedomosti” citing data from the Ministry of economic development.

The forecast of Russia’s GDP

At the same time downgraded its forecast for the ruble in the foreign exchange market.

The forecast of the dollar in Russia

The Outlook change is due to fiscal consolidation and said the “Interfax” the representative of the Ministry of economic development. In the draft Main directions of budget policy, Federal spending is reduced from 18.6% of GDP in 2017 to 16.1% in 2019. An updated forecast will be considered at the RF government meeting on October 13.

Previously experts have estimated billions of dollars in huge losses of Russia due to Western sanctions.