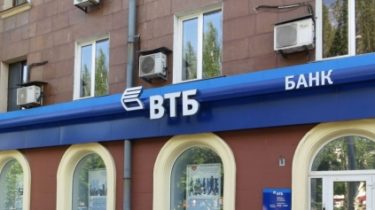 Because of the sanctions and the inability to capitalize its Ukrainian “daughter” of Russian banking group VTB has lost 85.4 billion rubles (1 billion 373 million dollars). And therefore, considering the possibility to leave the Ukrainian market.

In an interview with “Kommersant” said the head of the Board of Directors of “VTB Capital” Yuri Soloviev.

“A lot of customers there (in Ukraine) can pay but do not pay, enjoy judicial tyranny, the ability to influence us political pressure. The total losses of VTB group on the situation in Ukraine, we estimated at 85.4 billion rubles. We, unfortunately, continue to be there under pressure. Ukraine introduced sanctions against Russian banks. Moreover, these sanctions are more stringent than the European one. Now we are practically forbidden to recapitalize their Ukrainian banks. As a result, we are virtually forced to leave the Ukrainian “BM Bank”, – said Solovyov.

In the future large losses in Ukraine, VTB does not expect.

“Now we work there with troubled assets, but the large losses already is not expected. We wanted to sell our Bank, “VTB Ukraine”, and we had real buyers. But we do not agree with any of them. We in Ukraine have the capital in the form of interbank loans, and we would like to fully get it out. But in Ukraine now little free capital, and potential customers were interested in the fact that we partially or completely left the interbank loans, and we are not ready,” – said Solovyov.

The negotiations were conducted with representatives of Ukrainian business, but the specific results is not yet given.

See also: the Head of VTB believes “nonsense” an investigation of Putin’s connection with offshore

“We have a clear plan for dealing with assets (in Ukraine). First of all, for those borrowers who are trying to tell us not to pay, we will realize the collateral. In fact, we closed the portfolio, paying the money to our investors. In the end, perhaps we will emerge from the legal form of the banking presence in the country, but will slowly continue to accumulate assets. This year the balance of the Ukrainian Bank, we have already reduced to a few tens of millions of dollars. Now this process will accelerate, because preparatory operations were for a number of loans,” – said Solovyov.

Despite the reduction of VTB business in Ukraine, it continues to cause damage.

“We have a problem in the near future to bring the Bank “VTB Ukraine” to profitability. We have already formed the necessary reserves and we’re going to optimize costs, to reduce the physical presence, number of branches”, – shared his plans for the warblers.

Recall, the Russian financial group VTB includes over 20 lending and financial companies. The parent company group – OJSC “Bank VTB”. This financial institution is the second in Russia by assets after Sberbank. 60,93% of shares of “VTB Bank” belongs to the state represented by Rosimushchestvo. Net profit of VTB group for the first eight months of 2016 amounted to 26.4 billion rubles.

Information about the escape of VTB from the Ukrainian market appeared six months ago.