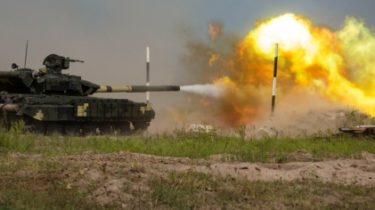 Over the past day in the Donbas killed two Ukrainian military.

This was stated by the speaker of the Ministry of defence of the ATO Andrei Lysenko.

“Over the past day two Ukrainian soldiers were killed and eight were wounded”, – he said.

According to Lysenko, the ATO forces suffered losses in the fighting.

In addition, the representative of the defense Ministry said that three Ukrainian soldiers were injured by a contusion.

Recall, for the last days fighters 47 times broke “the silence mode”. The terrorists have increased the number of attacks and use heavy weapons on the Mariupol direction.