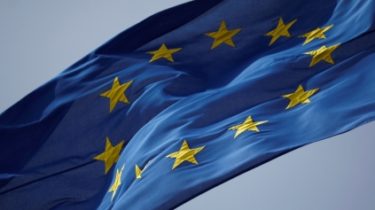 The extension of sanctions will affect Russian officials, which will include the existing EU list.

EU countries plan to discuss next week the introduction of new sanctions against Russia because of the situation in the Syrian city of Aleppo.

According to The Wall Street Journal, citing a senior diplomatic source in the EU.

The interlocutor of the newspaper noted that at the next meeting of foreign Ministers of EU countries, which will take place next Monday, October 17, approval of any sanctions is not planned. However, if the bombing of Aleppo continues, the situation will deteriorate in the future, the issue of sanctions will be given “serious attention”.

It is assumed that the extension of sanctions will affect Russian officials, which will include the existing EU list. This is the draft of the joint statement following the meeting it is planned to condemn “the regime of President Bashar al-Assad and his allies” for the attack on civilians.

Read also: Poroshenko and Biden agreed on the extension of sanctions against Russia

We will remind that earlier the British foreign office has called for new sanctions against Russia because of the atrocities in Syria.

The British foreign Minister, Boris Johnson has warned Russia that it risks becoming a pariah if it continues to bomb civilian targets in Syria.

He said that other countries should impose on Moscow additional sanctions and called to hold a protest at the Russian Embassy.