In the occupied Donbas, more expensive products from Russia and growing wage arrears 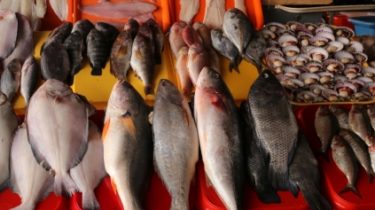 In the occupied Donbas, more expensive products from Russia and growing wage arrears

Continues to remain the trend of unpaid wages.

In the occupied Donbas is deteriorating socio-economic situation of local residents.

This was at the briefing said the assistant Chairman of the state border service Oleg Slobodyan, transfers “UNIAN”.

“In Makeyevka city, continues to remain the trend of nonpayment of wages to miners. In particular, the miners Association “Makeevugol” in the total amount of the salary paid in may and partly in June 2016. Given this, October 10, the families of the miners held a protest,” the official added.

We will remind, Russia feeds the militants in the Donbass expired products. Food on military base in Donetsk to provide power to the personnel of the delivered frozen fish from state reserves of the Russian Federation, laid down for storage in 1960. During the summer period has repeatedly been cases of hospitalization of people due to poisoning from expired canned meat in Makeyevka.