Russia has officially confirmed the granting of temporary asylum to Yanukovych 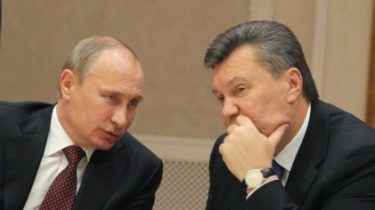 Russia has officially confirmed the granting of temporary asylum to Yanukovych

The General Directorate for migration, Ministry of internal Affairs of the Russian Federation officially confirmed that ex-President Viktor Yanukovych remains in Russia on the basis of granted him temporary asylum.

This was announced by the lawyer of ex-President Vitaliy Serdyuk, reports Interfax.

Read also: Yanukovych received orders to disperse the Maidan, after a meeting with Putin in Sochi.

According to the lawyer, the Prosecutor argued the lack of promotion about the “Maidan” against Yanukovych lack of evidence of his stay in Russia. Serdyuk said that it was motivated by failures in the conduct of his interrogation, confrontations with the current senior officials of Ukraine, the inability to transfer “case of Maidan” in court.

He also recalled that on 23 February 2016, the Prosecutor General’s office of Ukraine sent a petition questioning an autopsy on the place of his actual stay in Rostov-on-don.

In the reply of Prosecutor’s office of March 4, States that information about the whereabouts of Yanukovych is checked, and the competent authorities of the Russian Federation received official confirmation of his stay in this country.

In addition, the lawyer noted that this document refutes the previously widespread rumors about the alleged change of Viktor Yanukovych citizenship.