PACE: sanctions against Russia should be maintained 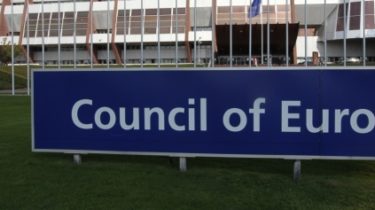 PACE: sanctions against Russia should be maintained

The discussion of sanctions is shared by the European Union and threatens its unity and convinced the Assembly.

PACE adopted an amendment to the resolution on Ukraine, which called on member countries of the EU to keep sanctions against Russia despite the economic losses.

About it writes “true European”.

“The Assembly notes that the economic consequences of the conflict are significant not only for Ukraine and the Russian Federation, but also for the European Union and some countries of Europe, which in varying degrees have suffered from the sanctions against Russia and Russian counter-sanctions”, – the document says.

“The discussion of sanctions is shared by the European Union and threatens its unity,” convinced the Assembly.

Due to the Ukrainian delegat PACE Assembel to the solution were added the following paragraph: “meanwhile, international pressure, including sanctions, should be saved until then, until will not stop the Russian aggression and will not be fully restored to the sovereignty and territorial integrity of Ukraine within its internationally recognized borders.”

See also: PACE voted on a resolution on Ukraine: it is not possible to hold elections in Donbass

There today was Ukrainian day. In the debate on political consequences of the conflict in Ukraine calls for Russia to those withdrew its troops from the Donbass. PACE also condemned the elections to the Russian state Duma in Crimea, the document called them illegal.