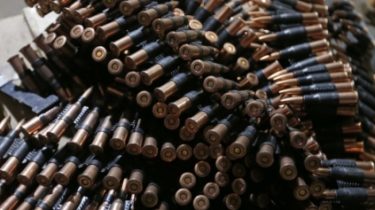 Ukraine has long been a major channel for supplies of illicit weapons.

The separatist commander was shot dead during dinner in a Moscow restaurant. Law enforcement officers discovered a makeshift underground pipeline to pump oil from Russia to the village on the Ukrainian border. The leaders of the rebels carried out a massive purge in one of the separatist regions of Ukraine, the detained senior officials and military personnel.

At first glance, very different events, but whether the black market a link?

This writes Jack Losh the article “the War in Ukraine helping the smugglers on the black market to become richer”, published on the website of the newspaper the Washington Post.

Ukraine was one of the main channels of international smuggling. Mafia syndicates have long been a tool in the Donbas, a region that does not comply with accepted norms. And the turmoil of war practically broke interrelated criminal worlds of Russia and Ukraine. Rather, the conflict opened a new front of economic opportunities for war profiteers, corrupt officials and the criminal classes.

See also: British journalists told how the smuggled weapons from Ukraine gets into the EU

At the end of 2014, the government in Kiev has imposed an economic blockade of the self-proclaimed “Donetsk and Luhansk people’s republics” (DNR and LNR). Seemingly endless columns of transport slip through military checkpoints in the buffer zone, at that time, as soldiers searched vehicles for forbidden goods and mobile units for anti-smuggling patrol vulnerable front line.

The end result is inflated prices in the separatist regions. Shortages of food, fuel and medicines, as well as increased activity on the black market. Ongoing hostilities, destruction of economic infrastructure and financial machinations of the separatist authorities to further compound the problem. Many civilians in rebel-controlled areas are forced to rely on handouts or periodic communication with the local smuggling gangs.

The main prize in the Donbas, industrial, war-affected region, I believe the illegal trade in the Ukrainian coal and Russian oil. Retail smuggled fuel is often sold in garages and stations of the tire, with most operations run by Amateurs. The security service of Ukraine (SBU) sometimes publishes the results of the fight appear random pictures of how undercover agents dug up the illegal lines which can extend for several miles in length.

Business agreements between smugglers on the government-controlled areas seem stable, but the situation among the Russian-backed separatists is extremely shaky. The prospect of profits attracts, but it is very fierce struggle, and business disputes can end in bloodshed.

Read also: Russia voiced the main version of the murder of Zilina

Take the case of Eugene Zilina. During the Pro-European street protests in Kiev in winter 2013-2014, the former Manager of fight club has become a key militant counterrevolutionary. Later, when the East was plunged into armed conflict, he gathered a separatist battalion. Last month 40-year-old man was killed in an exclusive restaurant on the outskirts of the Russian capital. It seems there was a faulty business deal. A source told the newspaper “Kommersant” that Zhilin was killed because of a dispute over control of the sale of gasoline, diesel fuel and coal.

Comrade Eugene Zilina, Andrew Kozar, who while shooting in the suburbs of the injured managed to tell police that the meeting to which they came along with Zhilin concerned mines of Donbass. About it write the Russian mass media.

Around the same time, the “LC” broke out the struggle between the factions. Dozens of figures of the regime were imprisoned, the former “Prime Minister” Gennady Tsepkalo died in prison under mysterious circumstances. One insider called it a “struggle for power among the remnants of the Party of regions”, implying debauched political party of Viktor Yanukovych, ousted President of Ukraine and the notorious pathological thief.

Smuggling routes – the main source of income for the separatist “elite” of Ukraine. Some of the detainees during cleaning, presumably, control of the energy trade. It seems that among the commanders there are those who believe the use of harsh measures by means of consolidation of wealth and power.

In the midst of this cleansing, separatist officials have published questionable photos of large caches of weapons and argued that the potential killer was going to eliminate the leader of “LNR” Igor Plotnitsky (who already survived an attempt on his life this summer). Probable catch (rumored to be consisting of numerous assault rifles, 30 grenades, 1.5 kg of plastic explosives, 138 boxes of ammunition and a handheld flamethrower) was a good excuse to suppress domestic opponents.

See also: Carpenter imagines himself “king of LC” and carries out all Stripping, the former ally of the leader of fighters

The size of this Arsenal is striking, it served as a reminder of one of the most ancient tradition of the underworld – of smuggling weapons.

Ukraine – post-Soviet country, one of the world’s largest weapons manufacturers – has long been a major channel of illegal supplies of weapons, most of which is concentrated in an incredibly corrupt the port of Odessa. Armed conflict and the chaotic, uncontrolled militants increase the risk that illegal arms market gets out of control. Still ongoing fighting acted as a magnet for weapons; due to high demand it is concentrated along the front line.

The big problem is what will happen with these rifles, bombs and bullets when the war is over.

What really was the cause of several deaths of important persons in Ukraine, Russia and the pseudo-republics

Mysterious death of the Deputy head of AP Andrey Taranov. Who killed the man who directed operations IN the “LNR” and DNR “. Murder opatovce Zilina. How this may be related to the Ukrainian coal mafia. And connected between the attempted murder of Carpenter with poisoning his parents in Voronezh, look in the “Ukrainian sensations”.