The work of the restaurant chain McFoxy blocked by court 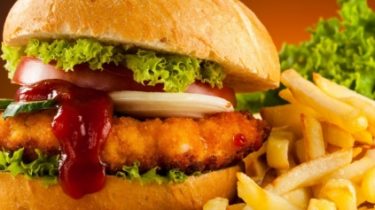 The work of the restaurant chain McFoxy blocked by court

State tax Inspectorate in Pechersk district of Kiev on the basis of the decision of Pechersky regional court blocked the work of OOO “Mcfoxy” (Kyiv) managing the network of fast food restaurants McFoxy.

Such information to the Agency “Interfax-Ukraine” in a telephone conversation confirmed the commercial Director of the chain McFoxy Alexander Sadovnichy.

“They got permission in court and on the basis of blocked accounts,” – said Sadovnichy. Account “Mcfoxy” was blocked on Tuesday, October 11, he said.

Commercial Director I said the court’s decision, the actions of the tax inspection and prosecution illegal. He said that on Monday, October 17, he, along with hundreds of employees going on an indefinite round-the-clock protest under the building of the State tax Inspectorate in Pechersk district of Kiev on Pushkinskaya str., 24A.

According to the decision of Pechersk district court of Kyiv, the text of which has “Interfax-Ukraine”, LLC “Makfax” is accused of tax evasion.

“Officials, “Mcfoxy” in the period 2015 … evaded from payment of value added tax (VAT) totaling 651,144 thousand UAH, which is a significant amount,” the court ruled.

Note, “Maxforce” works in the Ukrainian market since 2009, and as of October 2016 runs a network of 10 fast food restaurants McFoxy in six cities of Ukraine – Kiev, Zaporozhye, Sumy, Khmelnytsky, Kropyvnytskyi and the river.

We will remind, in Russia the Prosecutor’s office of the city of Lipetsk, jointly with the experts of Verkhne-Donskoy Department of Rostechnadzor during check of observance of requirements of industrial safety legislation revealed violations in the Roshen factory, owned by the President of Ukraine Petro Poroshenko.

By results of check concerning officials responsible for activities in the field of industrial safety, issued the decree on administrative violation and imposed a fine of 20 thousand rubles (about 8.3 thousand UAH).