Fatal farm with slaves and prospects bizwise. Five things you might oversleep 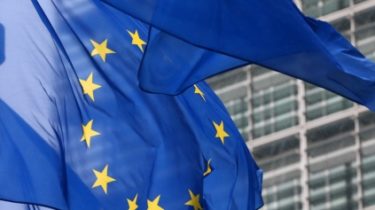 Fatal farm with slaves and prospects bizwise. Five things you might oversleep

1. President of Ukraine Petro Poroshenko on the phone spoke with Federal Chancellor of Germany Angela Merkel about the acceleration of visa-free regime for Ukraine and the situation in the Donbass. The two sides agreed to a three-way telephone conference between the leaders of Ukraine, Germany and France soon. Read more→

2. Russian President Vladimir Putin is not planning any further seizure of new territories in Ukraine. This was stated by people’s Deputy of Ukraine and Advisor to the interior Minister Anton Geraschenko. According to the Deputy, Putin another tactic to destabilize the situation in Ukraine. Read more→

3. The air smells of a third world war — this opinion was expressed by Syrian President Bashar al-Assad. According to Assad, the West and especially the United States did not stop the “cold war” even after the collapse of the USSR. Read more→

4. Law enforcement officers learned about the death of a man on the farm, where they kept hundreds of slaves. In Vinnytsia the employees accused the local farmer that he forced them to work for themselves and do not pay money for it. People claim that they have taken the documents and were not allowed outside the farm. Read more→

5. Based on the novel by JK Rowling “Fantastic beasts and where to find them” will consist of five films instead of three, as previously thought. This was reported by a British writer. All parts will be filmed at Warner Bros. Read more→