Mayor Buchi sent under house arrest with an electronic bracelet 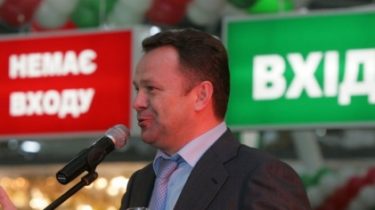 Mayor Buchi sent under house arrest with an electronic bracelet

The court chose a measure of restraint.

About it reports “the bulk of Pryirpinnia”.

“The Pechersky court has satisfied the petition of Prosecutor’s office and chose a measure of restraint for Fedoruk house arrest and wearing an electronic bracelet”, – stated in the message.

See also: the Prosecutor’s office took the case of “Bosanskom Mezhyhiria” and announces the dismantling of the fence

As reported, in the case of theft of 890 hectares of forest units of the GPU, SBU and the interior Ministry raided the residence of the mayor of Irpin and Buchaand the 31 address. The attorney General Lutsenko noted that after the GPU after the revolution, a court has returned the land to the state, businessmen began to deribanit new.

In turn, the mayor of Irpin Vladimir Karplyuk said that searches a revenge provoked by vigraham elections in Kotsyubinskoye.

Mayor Bucha Anatoly Fedoruk and Secretary of the city Council accused of illegal transfer to third parties more than 60 hectares of forest worth more than a hundred million hryvnia. About this Facebook said Yuri Lutsenko. In the text of the suspect, according to him, these “very well known names” of people who received illegal land.