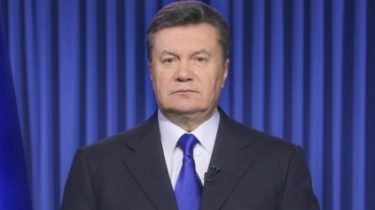 The Prosecutor’s office of Ukraine said that the information about the whereabouts of former President Viktor Yanukovych in Russia and receiving political asylum in the Russian Federation is not official.

This was announced by the head of the Department of special investigations of the Prosecutor General Sergei Gorbatyuk, writes, “112.Ukraine”.

He explained that this information was provided by defender Yanukovych, and at the official request of the GPU on the location and possible Russian citizenship in the Russian Federation refused to answer.

Therefore, the Prosecutor General reiterated his call to Russia is relatively voiced lawyer Yanukovych notice. If Russia would confirm this information, it will provide an opportunity to conduct investigations and interrogation.

“Regarding extradition, Russia’s position is clear, they refuse. The following can only be in absentia proceedings”, – he concluded.

Recall that former President Viktor Yanukovych during the dispersal of activists on the Maidan were guided by the orders of the President of Russia Vladimir Putin. This was stated by the head of the “popular front” Arseniy Yatsenyuk after the interrogation in the Prosecutor General’s office.

He noted that the behavior of the authorities and the government of Yanukovych radically changed after Yanukovych’s visit to Sochi.