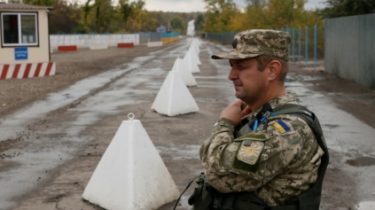 The security service of Ukraine for the past day while trying to take out weapons from the ATO area detained three people, and in the Luhansk region in the area of Popasna and near Lysychansk liquidated two hiding places.

This is stated in the official message on the website of the security Service of Ukraine.

On these facts the issue of opening of criminal proceedings under article 263 of the Criminal code of Ukraine.

We will remind,the speaker of the Ministry of defence on ATO Andrei Lysenko said that for the past days in zone anti-terrorist operation as a result of militant attacks no Ukrainian soldier was killed and one was wounded.

See also: Mortar fire near the Water and grenade attack near the Village of Lugansk. Digest ATO

According to him, yesterday, the enemy continued to shell the positions of Ukrainian troops, thus violating the Minsk agreement. In particular, in the Luhansk direction, militants violated the “silence regime” near the village of Lugansk and in the Popasnyansky area.