In Kiev under a subway train has fallen man 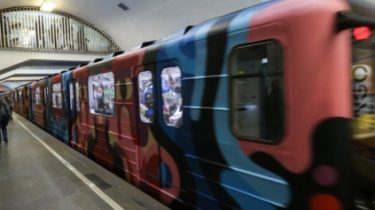 In Kiev under a subway train has fallen man

The movement of the blue line subway was temporarily restricted.

Today, October 15, in the evening at metro station “Maidan Nezalezhnosti” in the center of Kiev under the train has fallen man. Because of this movement through the station were suspended.

“The blue branch. We’re going from “Heroes of Dnepr” to “contract” and “Towers” to “Olympic”. On the “Maidan” people under the train. Find all services. Find out the circumstances,” – stated in the message of the Kiev metro.

Later it was reported that the movement restored.

“The blue branch. Movement fully restored. The passenger was taken by ambulance. Alive”, – said the Metropolitan.

About the cause of the incident is not yet known.