In Donetsk blew up the militants “Motorola” 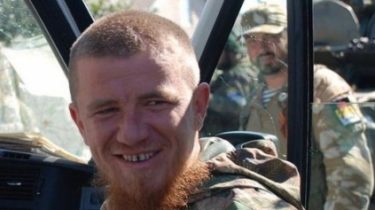 In Donetsk blew up the militants “Motorola”

The terrorist killed in the Elevator of the house where he lived.

In Donetsk killed one of the leaders of “DNR” Arseny Pavlov, nicknamed “Motorola”.

About it reports the Russian news Agency “Interfax”, citing an informed source.

A spokesman said that “Motorola” was killed in the Elevator of the house where he lived. An explosive device went off, the gunman was in the epicenter of the explosion and sustained fatal injuries.

According to a source, the murder of “Motorola” suspected Ukrainian diversionno-prospecting group. In the occupied territory of Donetsk oblast, the militants announced a plan to capture the suspects.

Official confirmation of this information yet.