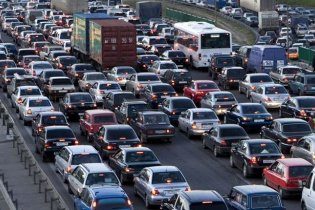 11:00 17 October until 22:00 on 18 October in connection with the execution of the current (average) Capital repair of the highway, in the area from the checkpoint, “Chapayevka” to a public transport stop “the Hotel “Ramada encore” (direction city centre), will be limited motor transport movement in the first and second lanes.

See also: Kiev under a subway train has fallen man

The municipal Corporation “kievavtodor” asks drivers with understanding to temporary inconveniences and, if possible, to choose other routes, the report says.

We will remind, in September, near the metro station “Heroes of Dnepr”in the Obolon district of Kiev, activists protest against the construction of a three-storey shopping center, stopped the traffic on several adjacent streets.

However, at the public hearing regarding the construction of the shopping center above the metro station, which took place on September 29, allegedly won by the developer. The corresponding Protocol was published by the press service of the KSCA on its official website.