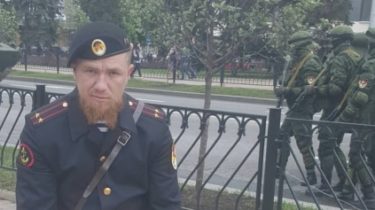 It will last three days.

The self-proclaimed “DNR” announced three days of mourning for the assassination of militants Arseny Pavlov, also known as “Motorola”.

“By decree of the Head of the Donetsk national Republic on 17 October 2016 in DNR declared three days of mourning (from 17 to 19 October) in connection with the death of Hero of the DNI, Colonel Arseny Pavlov””, – have informed in a press-service of the head of the so-called “DNR” Alexander Zakharchenko.

See also: “On the lift with the wind”: social media users have reacted to the death of “Motorola”