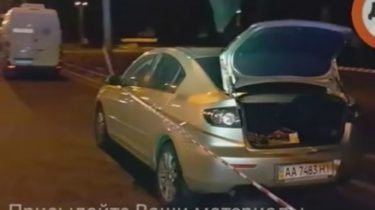 The radius of scattering of splinters from the grenade can reach 250 meters.

In the capital the mined car. On the capital Victory Avenue, near the Shulyavka unknown placed fragmentation grenade “F1” for the driver’s seat “Mazda”, says TSN.12.00.

Her owner saw the explosive device on the banner, looking into the cabin before driving. Called the police, the police blocked the traffic in both directions. Arrived at the scene bomb experts, who defused a car.

The burst radius of this grenade can reach 250 meters.