In the OSCE confirmed the death of militant “Motorola” 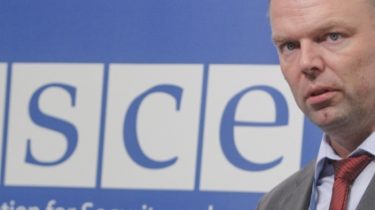 In the OSCE confirmed the death of militant “Motorola”

Hug commented on the information about the bombing of the terrorist in the Elevator house .

The OSCE could not yet confirm the death of militant “DNR” Arsene Pavlov, nicknamed “Motorola”.

This was stated by Deputy Chairman of the SMM OSCE in Ukraine Alexander Hg, reports “112 Ukraine”.

“We know about these messages (about the death of “Motorola” – approx.ed.). Based on our own observations, we cannot confirm the information that was provided”, – he said.

According to hug, the observer mission in Donetsk “very carefully watching the situation that has developed in this area on both sides of the line of contact.”

“Any deterioration for any reason should be avoided”, – he stressed.

We will remind that one of leaders of fighters of “DNR” Arsen Pavlov, known as “Motorola”, was killed the evening of October 16. According to preliminary information, it blew up in the Elevator of the house where he lived. In the group “DNR” in the murder of Pavlov blamed “Ukrainian sabotage-reconnaissance group”.