“Kyivenergo” warned of “severe heating season” due to worn-out heating 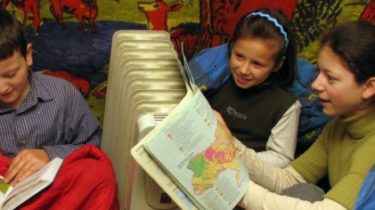 “Kyivenergo” warned of “severe heating season” due to worn-out heating

The greatest concern of the caves and Solomenskiy areas.

Connecting to the heat in Kiev happens on schedule, as of October 17 in General, connected 80% of households in the capital. This was announced at a briefing in Kiev, the representatives of the city authorities and “Kyivenergo”, the correspondent of TSN.

At the same time, note that the heating of Kiev in a critical condition, so the probability of breakthroughs is very high.

The level of damage networks increased by 15% since the beginning of the year the utility has already eliminated nearly 10 thousand damage.

With the start of the new heating season in the last three days of recorded 137 damage, as many houses remained without heat, only it managed to connect. These injuries promise to resolve during the day.

Recall, the heating in the capital began to turn on 10 Oct – all social institutions, and from 12 to 18 will connect all the other objects.