The murder of “Motorola” and a loud statement Zakharchenko. Five things you might oversleep 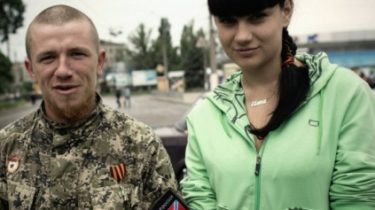 The murder of “Motorola” and a loud statement Zakharchenko. Five things you might oversleep

1. In Donetsk killed one of the leaders of the “DND” Arseniy Pavlov, nicknamed “Motorola”. He was killed in the Elevator of the house where he lived. An explosive device went off, the gunman was in the epicenter of the explosion and sustained fatal injuries. Read more→

See also: Explosives on the Elevator cable and killed the guard. The first details of the murder “Motorola”

2. The death of one of the leaders of the group “DNR” Arsene Pavlov, nicknamed “Motorola” means that the President of Ukraine Petro Poroshenko has broke the truce and declared war. This was stated by the leader of the terrorist “DNR” Alexander Zakharchenko. “I understand, Poroshenko broke a truce and declared war on us,” said Zakharchenko. Read more→

3. Became known first details of the murder “Motorola”. As explosives used plastic explosive and the explosive device was fixed on the Elevator cable. According to eyewitnesses, there was a pretty powerful explosion. Along with the “Motorola” his bodyguard was killed, is reported. Read more→

See also: “the Kremlin’s go-ahead and murder her. Became known version of the death of “Motorola”

4. U.S. Secretary of state John Kerry said that the us government is considering the possibility of introducing restrictive measures against Russia because of the worsening Syrian crisis. “We consider possibility of introduction of additional sanctions against Russia,” Kerry said at a joint press conference with British foreign Minister Boris Johnson. Johnson noted that, in the opinion of the British authorities, Russia and Assad’s forces “will not be able to win the war in Syria.” Read more→

5. The head of the EU foreign Ministers call on Syria and its allies be brought before the International criminal court. This item is contained in the draft statement that will be made following the meeting in Luxembourg. The foreign Ministers intend to condemn the catastrophic escalation of the situation in the Eastern part of Aleppo and to equate air strikes on civilians and hospitals to war crimes. Foreign Minister’s call for the cessation of hostilities in Syria and ensure the delivery of humanitarian assistance. Read more→