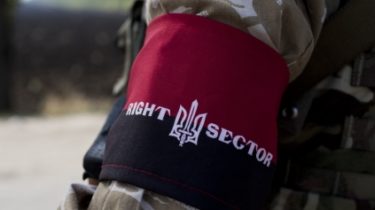 In organizations simply reacted to the death of the gunman.

Press-Secretary of Ukrainian Association “Right sector” Artem Skoropadskyi commented about the death of one of leaders “DNR” Arseniy Pavlov, known by the nickname “Motorola”.

“It’s not us” – succinctly responded on Facebook Skoropadsky on the death of Motorola.