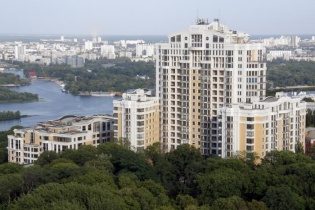 Residents of luxury housing do not pay for heating.

Ukrainian deputies and officials live in the luxury apartments in Kiev for millions of hryvnia debt for communal hundreds of thousands of hryvnia.

This is stated in the plot of the program “Groshi”.

In the house-monster on Grushevskogo 9a, according to the newspaper “Capital”, has an apartment the daughter of the former head of the customs – Vlad Kaletnik, the son ex-the Chairman of the Supreme economic court Yuriy Prityka and daughter of former speaker of the Verkhovna Rada Volodymyr Rybak Natalia.

See also: What’s wrong with the communal tariffs in Ukraine

The price for an apartment here can reach millions of hryvnia, but the crew to come in and look at the list of debtors was not given. Athletic young man at the entrance did not let journalists and started showing obscene gestures to the camera.

Municipal bondage: why the Ukrainians are forced to pay for communal three times more expensive

On TV officials say that to raise the price of utilities is necessary. At the round tables I remember the term “commercially reasonable rates”. Whether they are ‘economically viable’ did Ukrainians pay for communal services in two times – see story “Groshi”. It would be a few unpaid tickets, and one of the deputies and officials, meanwhile, collects debts over the years – watch the exclusive investigation of “Pennies”.

In “Kyivenergo” admit that there is a duty for Central heating in this house have already reached 67 thousand.

In the house, Gonchar, 35 in the center of the capital, according to media reports, lives a Deputy from BPP Pavlo rizanenko. Immediately got square meters, the mother of a people’s Deputy from BPP Ruslan Solara. In this house, one apartment was not in a hurry to confiscate, though, and the debt has already reached over 230 thousand hryvnias.

The journalists visited the house where there lives Vitaly Klitschko. No one from Kiev do not even think that there are also the debt for Central heating – neighbors, and maybe the mayor forgot to pay more than 68 thousand hryvnias.

In the enterprises that are financed from the state budget of the Cabinet, the AP and other agencies, the debt for communal has reached more than 70 million hryvnia.

Also “Money” decided to find out to save on energy use in the government offices. Journalists sent a request to the Parliament and asked as to what measures to conserve resources introduced here. The text indicated that in the administrative building of the Verkhovna Rada modernization of control system of air-conditioning air, which gives you the opportunity to save 20% of energy and replace incandescent light bulbs with energy-saving led light system in the amount of 102 pieces, with the result that electricity consumption decreased by 8 times.

See also: half of the budget to the communal. How many new fees out of the pockets of Kiev

To see the changes firsthand, journalists go to the sub-Committee of the Council on energy efficiency.

After the meeting, the journalists checked the bulb in the ceiling and they were normal. In hall 70. And for three hours, while Committee members talked about energy efficiency, they burned 10.5 kilowatts of electricity. And could 2, if there was a modern led ICE lamp.

Earlier it was reported that the Executive service is increasingly auctioning seized property of Ukrainians, who do not pay for communal, but because of the tariff increases the number of debtors is increasing. In turn, the government assured that the Ukrainians will not be evicted from homes for debts for housing and communal services.