In the area of ATO. I. – off detained the terrorist “DNR” 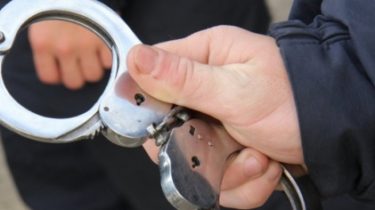 In the area of ATO. I. – off detained the terrorist “DNR”

The woman gave information about places of a dislocation and movement of the Ukrainian divisions.

The security service of Ukraine detained a. I. – off the terrorist organization “DNR” in Bahmut, Donetsk region.

The woman was recruited in April 2014, she was passing information the nature of the service they received at work, as well as information about places of a dislocation and movement of the Ukrainian divisions.

The data was then transferred to the intelligence agencies of the Russian Federation and used for sabotage against the people of Donbass.

During the searches police seized flash media, mobile phones, camera and notebook with notes to substantiate its work in favor of the rebels.

We will remind, in a zone anti-terrorist operation detained a. I. – off the terrorist organization “LNR”, the press service of the SBU. According to intelligence agencies, during 2014-2016, the woman gave one of the militants “LNB” information about the number, armament, movement, and places of deployment of Ukrainian units in the Novoaydarsky region of the Luhansk region.